Using this view, a practitioner of auricular therapy can interfere with the symptoms of various mental and physical ailments through the stimulation of the auricle.

Origins and Basis of Auriculotherapy 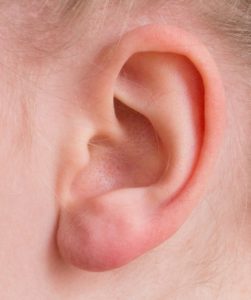 He presented his ideas to the public, and soon found that his biggest supporters were men in the Chinese military. These people took the map of the auricle, overlaid with the fetal representation, and took it back to China where it became a regular facet of Chinese medical services.

Nogier continued to provide a scientific explanation his therapeutic methods. He next published his discovery of the vascular autonomic signal. This signal was represented by variations in the human pulse that could be detected by the tip of the thumb at the radial artery.

Using this mechanism would only create a signal if the patient’s electromagnetic field had recently received new information or stimulus. Nogier would then match the resonance of the electromagnetic field with the vascular autonomic signal to reveal the active components of the auricle that could be used in auriculotherapy.

It is no secret that acupuncture has proven effective as a form of medicine, particularly in China. While auriculotherapy may share some similarities with acupuncture, the two procedures are not the same. Auriculotherapy has its own body of research, but it’s sometimes studied alongside Chinese researchers using acupuncture to produce analgesia in surgical applications, according to a peer-reviewed analysis of auriculotherapy.

The implications of treating mental health with auriculotherapy are just as strong. Various methods of auricular therapy have been used all over the world to treat symptoms of various mental disorders. It has been proven to reduce symptoms of depression in many clinical trials, though the efficacy of various methods differs.

One of the most promising applications of auriculotherapy is for addiction. Auricular therapy has been indicated  to be 7 times stronger than traditional methods of quitting smoking and can instantaneously reduce the frequency of smoking cigarettes.

Traditional Chinese medicine describes five points in the ear that can be manipulated to produce beneficial results for treating addiction. Using cutting-edge knowledge about energetics, neurology, and of the physiology of the ear, Dr. Holder of the American College of Addictionology and Compulsive Disorders has identified several new areas in the ear that can be stimulated with microcurrents to treat addiction.

He says that patients respond well to auriculotherapy because it is relaxing and relieves apathy. It helps open addicts up to speaking honestly, and in turn, helps motivate them to avoid using drugs and reduces cravings.

Dr. Holder practices auriculotherapy with traditional methods, but he also uses a microcurrent which he says is much more effective then regular needle work.

Why Does it Work? 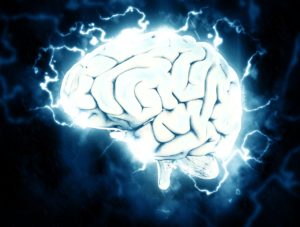 People who have imbalances of neurotransmitters that remain untreated are often led to drug abuse. Illicit drug use is often a form of self-medication that is commonly just seen as a problem. One of the best ways to address the root issue of addiction is to identify the neurochemical imbalances that led to the user to using drugs in the first place.

By using auriculotherapy, you can stimulate the production of certain neurotransmitters in a particular order. A cascade of neurotransmitters needs to be released in a specific fashion to provide consistent results. If this is interrupted, the subject may not feel the proper results – they may even feel dysphoric. This can lead to the use of drugs to remedy the problem.

By stimulating neurotransmitter production, auriculotherapy patients are able to shift their brain back into the right gear. While some patients might require continued treatments to continue cementing the proper neurological processes, this is certainly a much healthier alternative to drug addiction.